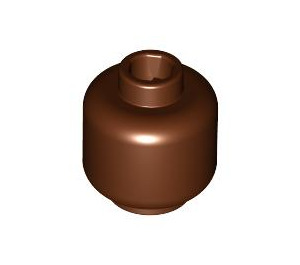 Lego name: Minifigure Head (Figure / Heads and Masks)
View Other Colors
Safety Stud Recessed Solid Stud
Add to Wishlist Comes In Buy
Reddish Brown
Stores
Condition All (14) New (1) Used (Like New) (2) Used (Good) (10) Used (Acceptable) (1)
Store Location
Min Quantity
LEGO Reddish Brown Plain Head (Safety Stud) has been used in at least 13 LEGO sets over the past 46 years, since it was first used in 1975. You can also find this part in at least 85 other colours, most commonly in Reddish Brown. It has the design IDs 3626, 88475 which can usually be found molded into the bottom of the part.
Show Desktop Site